One of the most visited cities in the world, cosmopolitan, hospitable, modern and fascinating. It currently has about 1.5 million inhabitants. Barcelona stands out for its heritage and its history. Its most glorious past was between the fourteenth and fifteenth centuries, when Barcelona stood out for its commercial maritime activity. The popular Gothic Quarter still shows its splendour: the Gothic cathedral, the Royal Palace, the Barri de la Ribera and the Church of Santa María del Mar, the palaces in Montcada street…

Moving towards modernity, Barcelona experienced its great growth with the Industrial Revolution and Universal and International Exhibitions: the medieval walls were demolished to let the city grow towards the Eixample and the Paseo de Gracia, spaces that were embellished with modernist bourgeois houses built by important architects such as Gaudí, Domènech i Montaner and Puig i Cadafalch.

In Barcelona’s recent history, there is also room for modernity: the Olympic Games marked a turning point in the city’s urban development: areas such as Montjuïc, the sea promenade, the Port Vell and the Olympic Port, were developed to give rise to what are now some of the most interesting tourist spots.

Discover the city of Barcelona with a complete visit to its main places of interest:

Modernism: After the panoramictour we propose you to visit some of the main modernist works of the city: Casa Batlló, Casa Milà o Pedrera, La Sagrada Família by Antonio Gaudí or the Hospital de Sant Pau by Lluís Domènech y Montaner.

And in the afternoon, after lunch:

The Gothic Quarter: we will walk through the historic streets of the medieval centre of Barcelona, where we will find monuments such as the Roman and medieval walls, the Cathedral, Plaza del Rey with the Royal Palace, Plaza de Sant Jaume, or Barri de la Ribera are some of the places that can be visited. We will end the tour with a stroll along the emblematic Ramblas of Barcelona.

If you want any other itinerary, we can adapt to your needs.

Includes:
According to the needs of the group, we can manage the reservation of tickets to monuments and to hire a coach and restaurant with prior reservation. 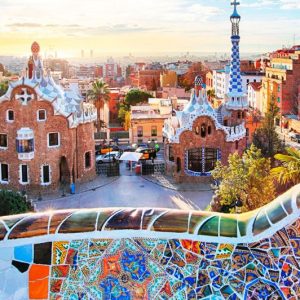 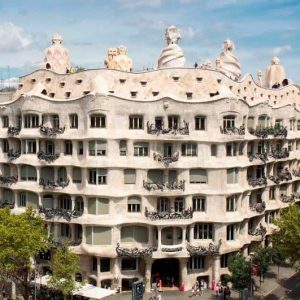