History and flavours of Escornalbou tour 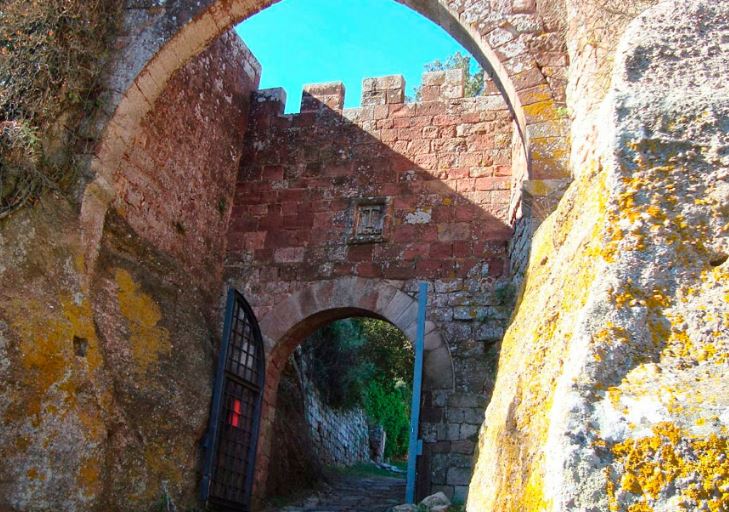 Riudecanyes, town of Baix Camp, is located in the inland of the region, between Argentera Mountain Range and Costa Dorada.

This small town of just over 1,000 inhabitants became the capital of the Barony of Escornalbou, an ancient jurisdictional territory created in the 12th century.

Escornalbou is also the name of a mountain located 700 metres above sea level and 4 km from Riudecanyes.

In the 12th century, after the Reconquest, King Alfonso I of Catalonia and Aragon ordered the construction of an Augustinian church and monastery on this mountain. The monastery was in operation until the 19th century. After decades of neglect, the Reus diplomat Eduardo Toda acquired the old building to rebuild it as a private residence. Nowadays the Castle Monastery of Sant Miquel de Escornalbou is one of the most beautiful monuments in the province of Tarragona.

The name of the mountain and its castle is also the name of another heritage element of this region: the Escornalbou Extra Virgin Olive Oil. This product is made in Riudecanyes Cooperative and has become an important brand of identity for the people of the old Barony.

With this route we will visit the Castle Monastery of Escornalbou and the Interpretation Centre Fruits of Landscape, in Riudecanyes:

The visit to the Castle will take us back to the Middle Ages to talk about the monastery period and also, at the beginning of the 20th century, when Eduardo Toda transformed the old monastic outbuildings into his residence: we will visit the luxurious halls and bedrooms of the house and we will talk about the fascinating figure of E. Toda who, besides being a diplomat, was a traveller, Egyptologist, art collector and humanist in general.

After the visit we will go to Riudecanyes, where we will know the world of the olive tree and the olive oil. The Interpretation Centre is located in the former facilities of the Cooperative, which currently houses an old oil mill and a hydraulic press, as well as exhibition and audiovisual panels. At the end of the visit you can taste the Escornalbou Extra Vigin Olive Oil oil, made in Riudecanyes.

Includes:
Tasting of bread and olive oil.
Transport:
The transfer between the olive groves and Riudecanyes is done in the visitors’ own vehicle, following the guide. 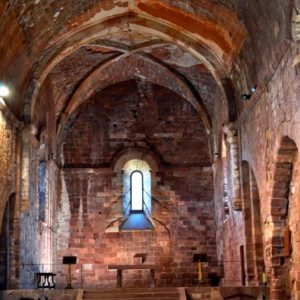 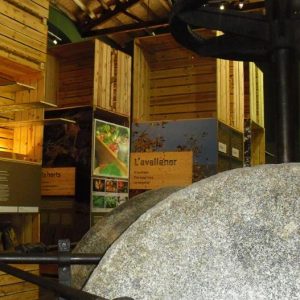