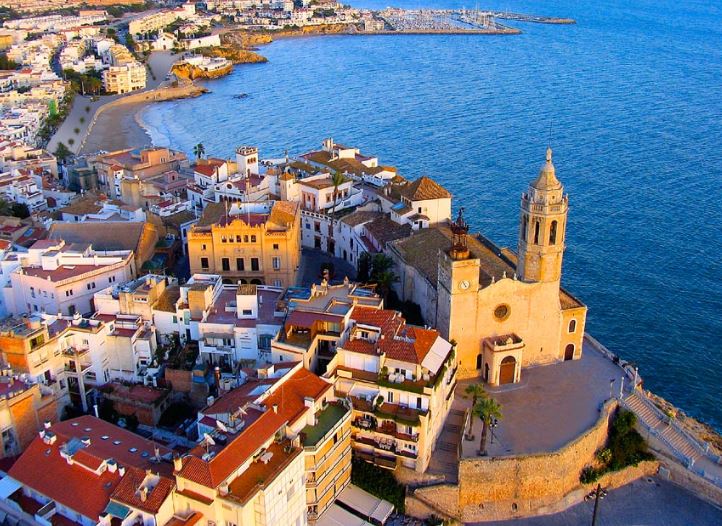 Sitges is a lively and picturesque town of 28,500 inhabitants in Garraf region and is located 40 km from Barcelona. It preserves its Mediterranean character as a fishing tradition town and, at the same time, its modern personality: cosmopolitan, open and bohemian.

In the 18th century, Sitges went from being a small fishing village to a rich centre of maritime and colonial trade. Many of its inhabitants, the so-called “Indians”, made great fortune in Cuba. The rich Indians returned to Sitges and promoted modernization.

Proofs of this richness are the numerous villas that make up the route of the Indians. Sitges was also a great modernist centre thanks to artists such as Santiago Rusiñol and the magnate Charles Deering, who transformed this small village into the bohemian centre of art in the late 19th and early 20th centuries.

Its old town is characterized by narrow streets and white houses, dotted with flowery balconies. The main street leads us to the Church of Santa Tecla and San Bartolomé, the patron saints of Sitges, located in a beautiful viewpoint facing the sea. Nearby, we find important museums: the Maricel Palace, the Maricel Museum and the Cau Ferrat.

A guided tour around the old town will reveal its heritage and history. Some of the many museums can be visited as an option.

Includes:
According to the group’s needs, tickets for monuments, bus and restaurant reservations can be made in advance. 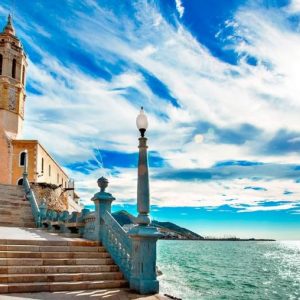 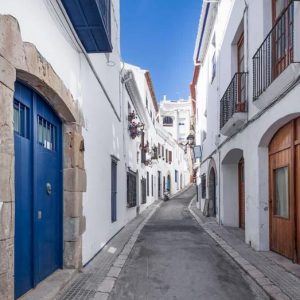 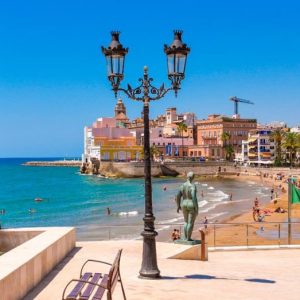